“We all can plant a tree”

How a boy started an ecological project that is still growing, just like the trees

I’d like to talk about the major challenges we’re facing globally and what we children and youth are trying to do about it.

One of the most urgent challenges is climate change. We’ve known about this for decades. In 1896 — 120 years ago — the first scientists described the impact of CO2 on global temperature. In 1992 all governments of the world agreed that climate change is a serious issue. Yet since the Rio Conference that year, not only did world governments fail to reduce our global CO2 emissions, but our emissions actually increased from 20 billion tons in 1990 to 35 billion tons today.

The good news is that it’s not yet too late to tackle this problem, and one of the things we’re doing is planting trees. When I planted my first tree as a 4th grader, I wanted to save the polar bear, because it was my favorite animal; but soon after that, I understood that this is not about saving the polar bear. This is about our future. Floods are going to get worse all around, while in some parts of the world, droughts are going to get worse. This is why we made the sticker, “Save the Human.”

In fact, a recent NASA study concluded that between 2006 and 2011, Syria faced the most serious drought in 900 years. As a result of this drought, about 80% of all farm animals in the country died, and 800,000 farmers left their farms and moved to cities in the hopes of finding jobs, which led to massive unemployment. This is why the United Nations is projecting that by 2050 up to 200 million people will have to leave their homes as a result of the climate crisis. 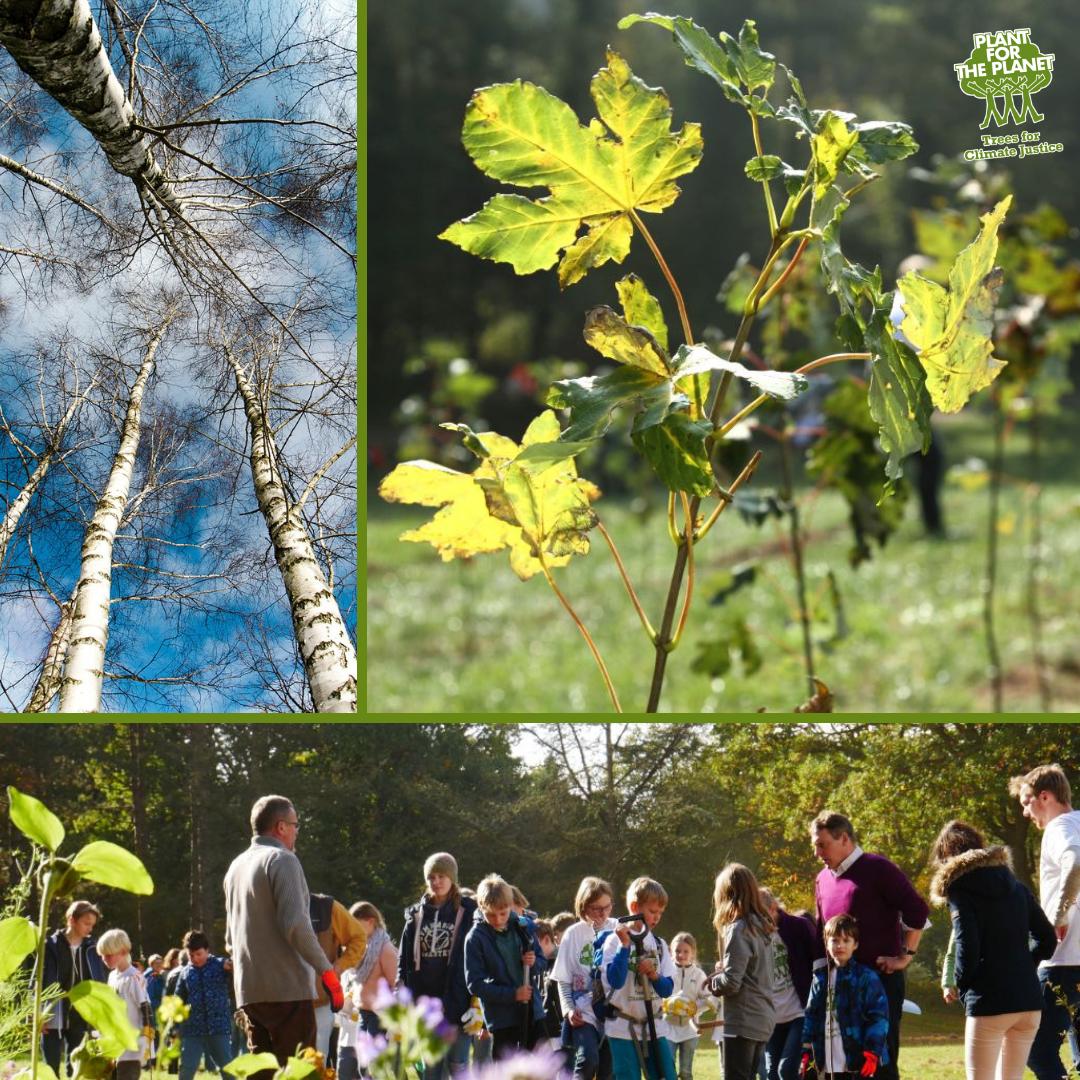 How did I start? When I was a fourth grader, I heard about Wangarĩ Maathai, the first female professor in Kenya, who started a movement that together with lots of women in Kenya and other African countries, managed to plant 30 million trees in 30 years.

So I told my classmates we should do the same. We should plant a million trees in each country of the world — although I think none of us knew what a million is or even how many countries existed. But we just planted our first tree, and a few other schools started joining us.

Then another student made a simple website that essentially ranked who among local schools had planted the most trees. That’s how Plant for the Planet took off.

After one year, we had planted 50,000 trees, after three years a million, and children and youth all across the world started planting trees with us. But they started doing much more. They started giving presentations in their schools, or in front of Rotary clubs or in churches. Many   started talking to the local mayors or their governors to convince them to do more to tackle the issue. On three occasions our members spoke in front of the UN General Assembly, and many have talked in front of their Parliaments or sat down with their presidents.

We train our members all across the globe to do exactly that: to get involved and to speak up. Because of that, we’ve organized 1,200 Plant for the Planet academies in 67 countries to educate our members. We start with a presentation from another ambassador who is the same age. Then all our participants practice giving presentations.

Next we plant trees, and after that we collect ideas on questions like: How do we get other children and youth involved? How do we get journalists to report about us? Then participants create plans for what they want to do in their schools. At the end of the day they present their plans to all the parents and receive certificates as ambassadors.

Another project that we’re working on is the Change Chocolate. About six years ago, we wanted to start a project with the German chocolate industry, but not a single company wanted to support us. So one of our ambassadors jokingly said, “Okay, let’s make our own chocolate!”

We laughed at this at first, but it became the Change Chocolate, which is now the most sold fair trade chocolate in Germany. The important thing is that the chocolate is carbon neutral and fair trade, and most importantly, we use the entire profit to plant trees. With every five bars of the chocolate sold, we can plant a tree.

A while ago we asked ourselves: What’s the next step? We found a team of three scientists at Yale University in the U.S. who agreed to do a research project for us. After three years, they came back to us with two key findings: that about 3 trillion trees exist — that’s about 400 trees for every person in the world — and that there is room to plant up to another 1/2 trillion trees globally.

If we managed to plant all of those trees, they would capture about a quarter of human-made carbon emissions. They wouldn’t solve the climate crisis, but they would give us a little more time to reduce our global CO2 emissions.

I learned something else on a trip to the Yucatan Peninsula in Mexico. A local forest minister of the state told us that in their region the average tree survival rate in planting projects is just 22%. We wanted to show that it’s possible to plant trees more efficiently, and because of that, we took the responsibility for 22,000 hectares of destroyed or degraded forest. (That’s about 50 soccer fields.) 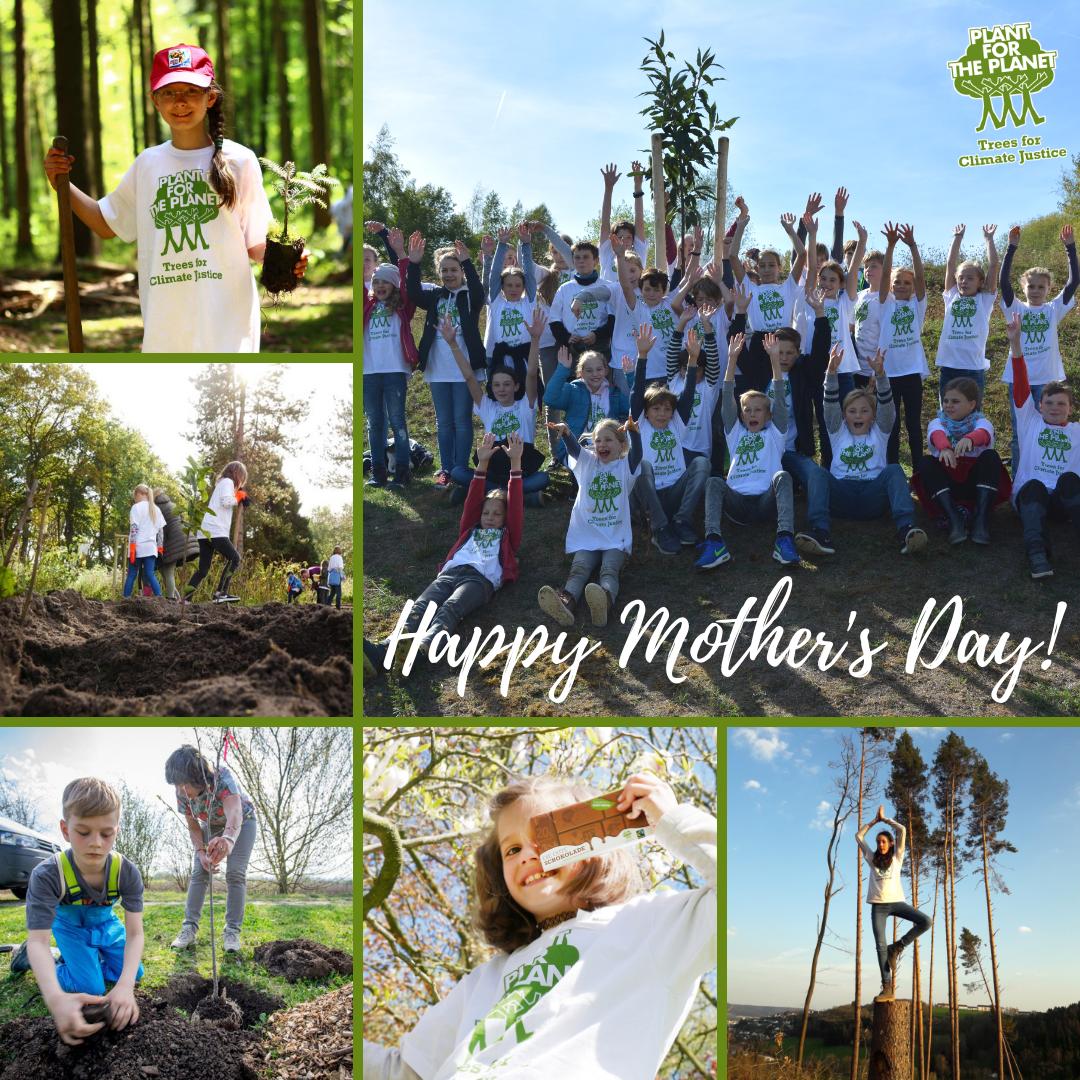 Today we have a tree nursery with 35 people growing saplings and about 70 people planting these saplings. We currently plant at a rate of one tree every 15 seconds. That’s about 8,000 trees a day, and we’ve reached a survival rate of not 22%, but 94% in the trees we plant there, and each one of those trees we planted costs us 1 Euro for one year.

To make this as transparent as possible, on our website you can see exactly who funds which parts of our forest. We want to encourage as many companies as possible to compensate the CO2 emissions that they cannot avoid by planting trees either with us or with any other tree planting organization around the world.

We work with a satellite company and cartography company ESRI to take monthly satellite pictures of these tree planting projects, so we can show how this area that companies funded is slowly transforming into a forest. With the trust that we’re developing, we hope to motivate people across the world to help us.

I think that planting trees is one of the most beautiful ways to do something about solving the global challenges that we face, because with so many issues, your impact is so hard to measure. However, when you plant trees, you can count these trees, and you know each one of those trees absorbs ten kilos of CO2 every year, so you know exactly what you’ve contributed.

With the help of many governments, companies and organizations across the world we managed to plant not just 1 billion, but 15 billion trees. We all can plant a tree.

Excerpted from a talk to youth at a recent meeting in Rome called “Prophetic Economy.”